Crocus Sativus– biological name for Saffron. Saffron is a spice derived from the flower of Crocus sativus, commonly known as the “saffron crocus”. The threads of the flower are collected and dried. The saffron flower has 6 purple petals, 3 golden yellow stamens and one red pistil which shows as 3 stigmas (filaments). It is the dried stigma of the flower which gives the spice saffron.

Majorly saffron is used as a seasoning and colouring agent in food and it also contributes to the aroma of the dish. Since years saffron is the most expensive spice in the world sold by weight.

Dry and warm environment such as the Mediterranean and the Middle East and, perhaps most famously, La Mancha, Spain are known for Saffron production. Indian-administered Kashmir is known for its high-quality saffron. Saffron is grown commercially primarily in India, Spain and Iran. Other Saffron producing countries are Afghanistan, Italy, France, New Zealand, Pennsylvania, Portugal, Greece, Morocco, Turkey and some parts of China. Since this plant is propagated in different parts of the world, planting techniques of the saffron cultivation may differ too, depending on the climate, the type of soil, depth of planting and spacing of corns.

The process of cultivation of the Crocus is tedious and meticulous. This explains why saffron spice came to be so precious as to be called the red gold. Saffron is largely cultivated and harvested by hand. Due to the amount of labour involved in harvesting, saffron is considered one of the world’s most expensive spices. Here are the three simple reasons it’s so expensive and worth its value.

The weather – Growing saffron is not easy. It thrives in extreme temperatures, both cold and hot, so every variation in the climate can affect its growth. It grows well in areas that have cold winters and warm, dry summers. The extreme temperatures need more care for the crop cultivation.

The harvest – Each thread of Saffron is handpicked as it grows in the innermost part of the flower. The flower grows 6 inches from the ground and needs to be plucked individually to avoid damage to the stigmas.

The scarcity – One gram of Saffron needs 400 flowers Long, deep-red threads have the most flavour making it difficult to get perfect product from every flower. Each flower only produces 3 stigmas, so it will take about 75,000 crocus flowers to make 1 pound of saffron. 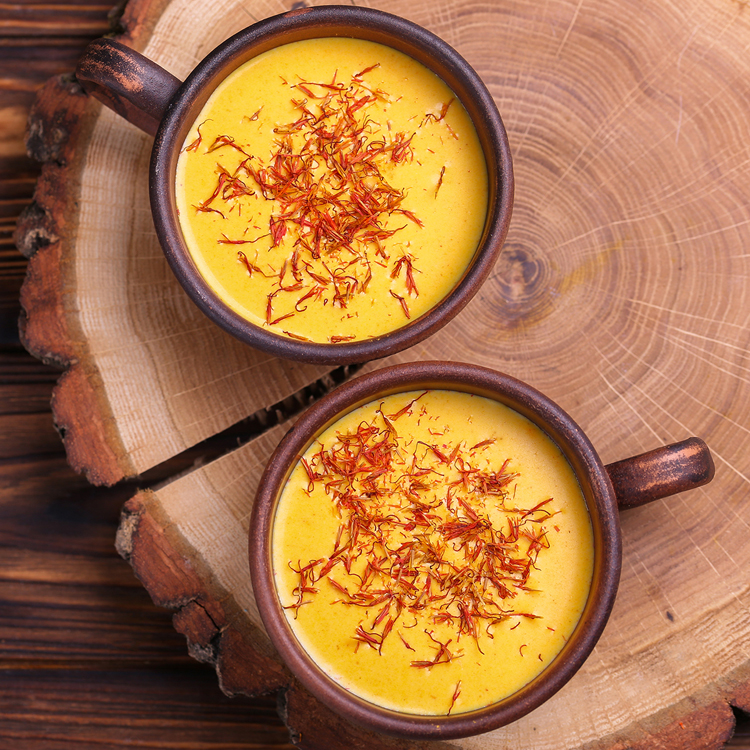 The stigmas can be used to make medicine. Saffron is used for asthma, cough, whooping cough (pertussis), and to loosen phlegm (as an expectorant). Saffron contains several plant-derived chemical compounds that are known to have been antioxidant, disease preventing, and health promoting properties.
Their flower pistils compose several essential volatile oils, but the most important of them all is Safranal which gives saffron its pleasant flavour.

The active components in saffron have many therapeutic applications in many traditional medicines as antiseptic, antidepressant, antioxidant, digestive, anti-convulsant.

This novel spice is an excellent source of minerals like copper, potassium, calcium, manganese, iron, selenium, zinc and magnesium. It is considered best to cure skin problems.

During pregnancy women are recommended to consume saffron milk since it boosts pelvic blood flow. 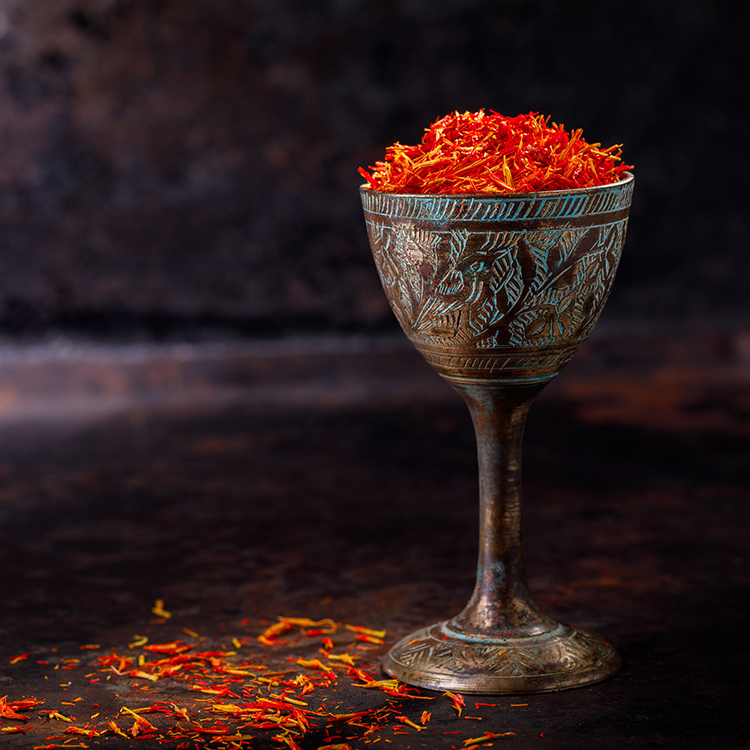 Techniques to identify the authenticity of saffron

Appearance – Saffron threads are trumpet-shaped. If you rub authentic saffron between your fingers, your skin will turn yellow/orange.

Test of originality – Put the threads in a small container of water. Wait at least 15 minutes. Real saffron slowly turns the water yellow. The colour change may take up to an hour. The saffron threads themselves retain their red colour. If the water changes colour immediately or turns red or does not change colour, or if the threads lose their colour, the substance is not saffron. Original saffron will always remain even after soaking and rubbing between the fingers whereas the fake one will wither.

ISO 3632 is the international standard of Saffron quality. Legitimate growers will test against this standard as it is independent of any regulatory authority (Iran & Spain have their own internal Saffron quality standards).

TIP: The subtle taste and aroma of saffron makes it easy to add to your diet. It attuned with savoury dishes and should be soaked in hot water or milk to give a deeper flavour.