Who was Eva Ekeblad and how did she make flour and alcohol?

The Truth About Genetically Modified Food 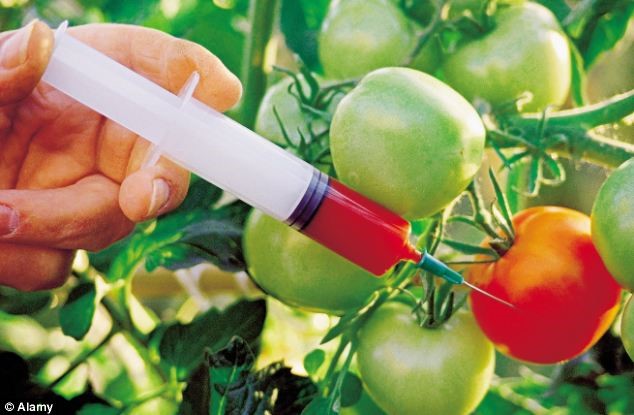 Proponents of genetically modified crops say the technology is the only way to feed a warming, increasingly populous world. Critics say we tamper with nature at our peril. Who is right?

Genetically modified foods (or GM foods) are foods produced from organisms that have had specific changes introduced into their DNA using the methods of genetic engineering. These techniques have allowed for the introduction of new traits as well as a far greater control over a food’s genetic structure than previously afforded by methods such as selective breeding and mutation breeding.

The vast majority of the research on genetically modified (GM) crops suggests that they are safe to eat and that they have the potential to feed millions of people worldwide who currently go hungry.

A careful analysis of the risks and benefits argues for expanded deployment and safety testing of GM crops.

The bulk of the science on GM safety points in one direction. Take it from David Zilberman, a U.C. Berkeley agricultural and environmental economist and one of the few researchers considered credible by both agricultural chemical companies and their critics. He argues that the benefits of GM crops greatly outweigh the health risks, which so far remain theoretical. The use of GM crops “has lowered the price of food,” Zilberman says. “It has increased farmer safety by allowing them to use less pesticide. It has raised the output of corn, cotton and soy by 20 to 30 percent, allowing some people to survive who would not have without it. If it were more widely adopted around the world, the price [of food] would go lower, and fewer people would die of hunger.”

In the future, Zilberman says, those advantages will become even more significant. The United Nations Food and Agriculture Organization estimates that the world will have to grow 70 percent more food by 2050 just to keep up with population growth. Climate change will make much of the world’s arable land more difficult to farm. GM crops, Zilberman says, could produce higher yields, grow in dry and salty land, withstand high and low temperatures, and tolerate insects, disease and herbicides.

Despite such promise, much of the world has been busy banning, restricting and otherwise shunning GM foods. Nearly all the corn and soybeans grown in the U.S. are genetically modified, but only two GM crops, Monsanto’s MON810 maize and BASF’s Amflora potato, are accepted in the European Union. Eight E.U. nations have banned GM crops outright. Throughout Asia, including in India and China, governments have yet to approve most GM crops, including an insect-resistant rice that produces higher yields with less pesticide. In Africa, where millions go hungry, several nations have refused to import GM foods inspite of their lower costs (the result of higher yields and a reduced need for water and pesticides). Kenya has banned them altogether amid widespread malnutrition. No country has definite plans to grow Golden Rice, a crop engineered to deliver more vitamin A than spinach (rice normally has no vitamin A), even though vitamin A deficiency causes more than one million deaths annually and half a million cases of irreversible blindness in the developing world.

Globally, only a tenth of the world’s cropland includes GM plants. Four countries—the U.S., Canada, Brazil and Argentina—grow 90 percent of the planet’s GM crops. Other Latin American countries are pushing away from the plants. And even in the U.S., voices decrying genetically modified foods are becoming louder.

The fear fueling all this activity has a long history. The public has been worried about the safety of GM foods since scientists at the University of Washington developed the first genetically modified tobacco plants in the 1970s. In the mid-1990s, when the first GM crops reached the market, Greenpeace, the Sierra Club, Ralph Nader, Prince Charles and a number of celebrity chefs took highly visible stands against them. Consumers in Europe became particularly alarmed: a survey conducted in 1997, for example, found that 69 percent of the Austrian public saw serious risks in GM foods, compared with only 14 percent of Americans.

Pest resistance:
Crop losses from insect pests can be staggering, resulting in devastating financial loss for farmers and starvation in developing countries. Farmers typically use many tons of chemical pesticides annually. Consumers do not wish to eat food that has been treated with pesticides because of potential health hazards, and run-off of agricultural wastes from excessive use of pesticides and fertilizers can poison the water supply and cause harm to the environment. Growing GM foods such as BT. corn can help eliminate the application of chemical pesticides and reduce the cost of bringing a crop to market

For some crops, it is not cost-effective to remove weeds by physical means such as tilling, so farmers will often spray large quantities of different herbicides (weed-killer) to destroy weeds, a time-consuming and expensive process that requires care so that the herbicide doesn’t harm the crop plant or the environment. Crop plants genetically-engineered to be resistant to one very powerful herbicide could help prevent environmental damage by reducing the number of herbicides needed. For example, Monsanto has created a strain of soybeans genetically modified to be not affected by their herbicide product Roundup. A farmer grows these soybeans which then only require one application of weed-killer instead of multiple applications, reducing production cost and limiting the dangers of agricultural waste run-off.

There is many viruses, fungi and bacteria that cause plant diseases. Plant biologists are working to create plants with genetically-engineered resistance to these diseases.

Unexpected frost can destroy sensitive seedlings. An antifreeze gene from cold water fish has been introduced into plants such as tobacco and potato. With this antifreeze gene, these plants can tolerate cold temperatures that normally would kill unmodified seedlings.

As the world population grows and more land is utilized for housing instead of food production, farmers will need to grow crops in locations previously unsuited for plant cultivation. Creating plants that can withstand long periods of drought or high salt content in soil and groundwater will help people to grow crops in formerly inhospitable place.

Malnutrition is common in third world countries where impoverished people rely on a single crop such as rice for the main staple of their diet. However, rice does not contain adequate amounts of all necessary nutrients to prevent malnutrition. If rice could be genetically engineered to contain additional vitamins and minerals, nutrient deficiencies could be alleviated. For example, blindness due to vitamin A deficiency is a common problem in third world countries. Researchers at the Swiss Federal Institute of Technology Institute for Plant Sciences have created a strain of “golden” rice containing an unusually high content of beta-carotene (vitamin) since this rice was funded by the Rockefeller Foundation a non-profit organization, the Institute hopes to offer the golden rice seed free to any third world country that requests it. Plans were underway to develop  golden rice that also has increased iron content. However, the grant that funded the creation of these two rice strains was not renewed, perhaps because of the vigorous anti-GM food protesting in Europe, and so this nutritionally-enhanced rice may not come to market at all.

Pharmaceuticals Medicinesand vaccines often are costly to produce and sometimes require special storage conditions not readily available in third world countries. Researchers are working to develop edible vaccines in tomatoes and potatoes these vaccines will be much easier to ship, store and administer than traditional inject-able vaccines.

“Approximately 99 million acres were devoted to GM crops in the U.S. and Argentina alone.”